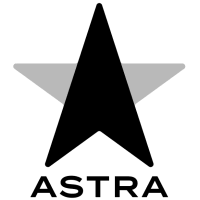 Astra
The FedEx of Space

Astra is creating create small, cheap rockets, mass produced for a future where daily space spaceflights are the norm. Their vision is to become the preferred launch service f or delivery of small satellites (100 kilograms) into low earth orbit, for as little as $1 million per launch. Alongside SpaceX and Rocket Lab, Astra represents the third U.S. company begun since the turn of the century to privately develop a satellite launch system and successfully reach space. Considering they were only incorporated about 4 years ago, reaching space this past December (2020) is an incredibly exciting feat!

Astra is attempting to impact the launch segment of commercial space, a market traditionally filled with massive government contractors. Traditionally, rocket companies put satellites the size of school buses or cars into orbit around the earth. This represents the jumbo corner of the market where SpaceX is the current darling. Their flagship product, heavy Falcon 9, can launch a payloads of over 22,000 kilograms at a cost of $62 million per launch.

Although there remains strong demand for larger rockets, there is a booming demand at the smaller end of the market. Astra is part of a growing cadre of private rocket companies that are aiming to capitalize on the growing demand for smaller and more frequent satellite launches. By taking an iterative and agile approach Astra has gotten to space quicker, and at far lower cost than traditional incumbents. Their rocket stands 40 feet tall and can deliver satellites into low earth orbit at a cost of around $2 million per launch. They will effectively provide a rideshare service for companies aiming to deliver small satellites the size of washing machines or basketballs into low-earth orbit.

The market for these smaller satellites is booming as we look to increase our connectivity and monitoring of earth. Many of us are aware that our big cities are well connected, but most don't realize just how disconnected other segments of our world are. Small satellites will greatly benefit industries like agriculture and maritime, and also enable us to keep a closer look at the longer-term changes happening across our planet. They will enable the next generation of IoT applications, while also making it easier for us to identify critical trends that will hopefully help us take better care of Earth, so we can start to look beyond.

By providing the vehicle, Astra is enabling innovation in low-earth orbit and helping to improve life on our planet through greater connectivity and observation. They aim to enable daily space flight, turning out hundreds of rockets per year and ultimately bringing down costs to make space more accessible. Astra's Rocket 3.2 lifted off from Alaska on December 15th (2020) at 12:55pm PT and a few seconds later blasted past the Kármán line, the border between Earth's atmosphere and outer space. The success of this launch, though just short of orbital velocity, means that Astra is effectively open for business and will start delivering for commercial and government customers immediately.