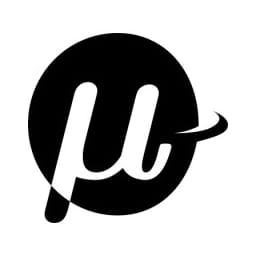 Climate change is now affecting every inhabited region across the globe. Humans have already warmed the planet by at least 1 degree Celsius by burning fossil fuels that pump heat-trapping gases into the sky. The oceans are rising, and deadly disasters like wildfires, heat waves, and flooding are becoming more frequent and destructive. We are now viscerally aware of our changing planet, as climate impacts are no longer matters of the future; they're happening now. This much is "unequivocal", according to the latest report from the Intergovernmental Panel on Climate Change (IPCC), an international team of scientists convened by the United Nations. Faced with this new reality, governments and corporations are taking a more active role towards climate goals, but they still don't have access to the data needed to truly move markets or affect large-scale change.

Nearly every major industry will need to understand the climate risks associated with business assets, operations and supply chains. With $970 billion in assets at risk, it's imperative that institutions get access to the information that will enable them to adopt adaptation and mitigation efforts. Advancements in space technology will make access to climate-relevant data more widely available, and so if every company is a technology company today, tomorrow, they need to be a space-based one.

For anyone paying attention, space is hot. Previously the domain of governments and large aerospace companies, newer entrants like SpaceX have driven down the costs for launching instruments into space. In addition, advances in cloud computing and off-the-shelf components are resulting in cheaper satellites that can be sent into orbit at a much lower price point than ever before. This has ignited interest from both private investors and entrepreneurs, and is resulting in a growing satellite data infrastructure that enables entrepreneurs to build highly specialized applications without needing to develop their own hardware. Thus, we are entering into a new era of scientific measurement and discovery, and it couldn't have come at a better time.

Today Earth's climate systems are dynamic, coupled and undergoing rapid change. In order to effectively manage change, we need to have better tools for measurement and monitoring. Space, it turns out, is the best place to observe and measure Earth's essential climate variables (ECV), and with increased access comes an exciting opportunity to track Earth's vital signs more precisely than ever before. The data collected from satellites can be used to assess climate risks and to determine the cause of extreme climate events. The information can also aid in guiding mitigation and adaptation measures. Space now enables us to close the observational gaps that have existed since the dawn of modern weather forecasting. Specifically, satellite constellations offer a much closer and more frequent look into the cycles that drive our weather and climate system.

Muon is developing the world’s most capable Earth-sensing satellite platform to power data-driven decisions in the Era of Climate Change. They are working at the forefront of satellites, advanced sensors, business intelligence, and climate science to allow humanity to close the loop on climate change. From satellite missions to modeling to data analytics and actionable insights, they believe measuring, understanding and predicting Earth’s complex, coupled systems is both a great business opportunity and key to leaving future generations a livable, productive and healthy planet.

They are democratizing access to these powerful tools by bringing scientific Earth remote sensing capability to a broad array of organizations and institutions who lack the expertise needed to develop it themselves.

"Our goals for the global coverage and rapid cadence of observations provided by Muon Space constellations are to reveal and monitor details of the state of the atmosphere, ocean and land, and improve predictions of future changes in the Earth system."

The Muon team is ultimately aiming to provide data-driven tools to respond to the most complex questions associated with climate change. They bring with them more than 30 transformational missions, and more than a century of on-orbit mission experience. They consist of some of the world’s foremost experts in the domains of Earth Remote sensing science, mission formulation, small satellite development, mission and data operations.