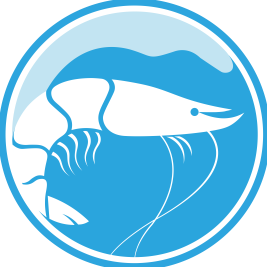 TransparentSea is an urban shrimp farm located in Downey, CA, a city parked between Downtown Los Angeles and The Port of LA. They are building a low-impact, closed system shrimp farm in a historic building recently used as a run-down auto body shop. Their mission is to bring fresh, healthy seafood to the Los Angeles area by leveraging modern aquaculture methods.

The story of TransparentSea sits at the intersection of the sustainability and urban farming movements. They are creating greater access to fresh, healthy seafood in dense urban areas, while simultaneously running an operation that will have a tiny fraction of the environmental impact when compared with traditional shrimp farming and fishing. They are farming while at the same time taking part in the revitalization efforts of a historic LA neighborhood.

Many people don't realize that shrimp is the most consumed seafood in the United States (on average 4.4 pounds per person). It is also one of the healthiest and most efficient animal proteins in the world, rich with essential vitamins and nutrients, and low in fat and calories. Even the one common knock on shrimp, cholesterol, is misleading as shrimp contains mostly high density, or 'good' cholesterol. Shrimp is also one of the foods we are most disconnected from, considering that up to 95% of consumed shrimp is imported, meaning that farmed shrimp can have a carbon footprint that is 10 times greater than beef. On top of all this, less than 2% of the shrimp imported into the United States is ever inspected. The numbers become even more shocking when we take into account the fact that the United States imports the most shrimp in the world, accounting for ~$6 billion of the export market, or one-third of all total exports. A quick glance at these numbers should shock the system, and leads to a fairly basic question: why can't we bring this industry closer to home? Enter TransparentSea...

Farm of the Future

TransparentSea is reimagining how we think about access to fresh seafood. They are using scientific aquaculture to build an indoor, closed-loop farming system that provides a healthy ecosystem for shrimp, while recycling 99% of the water. This is all located in a former industrial building next to a shopping mall and within a stones throw of Downtown Los Angeles. Their operation aims to give local restaurants and consumers direct access to fresh, clean, locally produced, and high quality seafood all year round. Their flagship facility will be located in Downey, CA, but this is just the start, as they envision a future where similar facilities can be set up in urban areas across the country.

Being able to transform a decrepit auto parts shop into a fully functioning clean shrimp producing operation within a few months sounds like a crazy idea, but that is just what TransparentSea has done. They are a team of aquaculture scientists and researchers with a big vision to change the way we think about seafood. They represent a new model of business focused on the double bottom line. Their business is certainly financially viable and scalable, but along the way they are having a positive impact on their local community and reducing our environmental footprint.